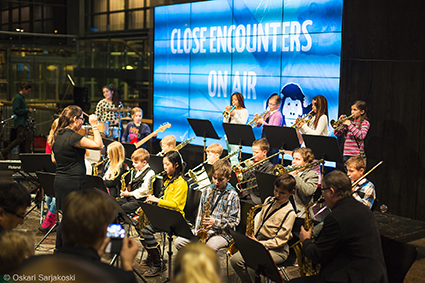 Dream On Big Band was formed in 2014 and it consists of pupils from six elementary schools from Eastern Helsinki. The band is conducted by Jasmin Afaneh-Haanpää and Mikko Haanpää and the band will feature the internationally acclaimed trumpet player Verneri Pohjola at their concert at Sanomatalo.